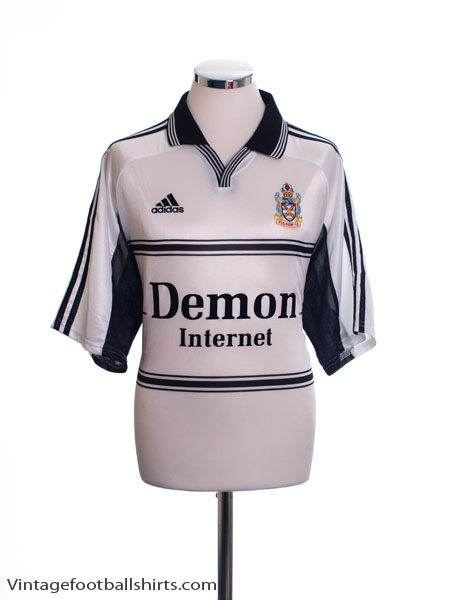 Condition – ExcellentSize – LargeCondition Details – Pristine colour, very smooth material, badges and sponsor are excellent, great exampleDesign – adidasPlayers – Karl-Heinz Riedle, Horsfield, Clark, Salako, ColemanDetails – Home shirt as worn when Fulham finished 9th in the First Division in the 1999-00 season before earning promotion to the Premier League in the next season, finishing as champions of the Firs Division. Also worn when Fulham were knocked out in the quarter finals of the League Cup in back to back seasons, losing against Leicester City and Liverpool in respective seasons.