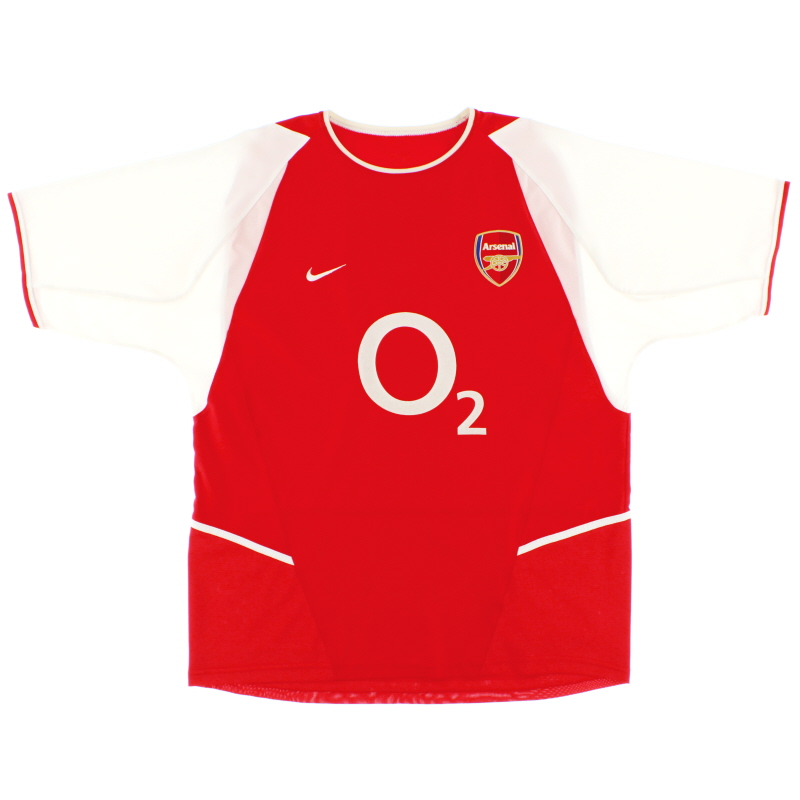 Condition – ExcellentSize – Small (19" armpit to armpit) Condition Details – Pristine colour, very smooth material with odd tiny bobble, slight colour run to collar, badges and sponsor are excellentDesign – NikePlayers – Gilberto, Cole, Henry, Edu, AliadiereDetails – Home shirt as worn when Arsenal finished as runners up in the Premier League and won the 2003 FA Cup final, beating Southampton 1-0 with Robert Pires scoring the only goal in the game. Arsenal then went on to win the Premier League in the next season after finishing the season with an unbeaten record for the first time in the top tier of English football since Preston North End in the 1888-89 season earning the nickname "The Invincibles".